Casa Mañana Opens 'Matilda, The Musical' – But Without Its Musicians 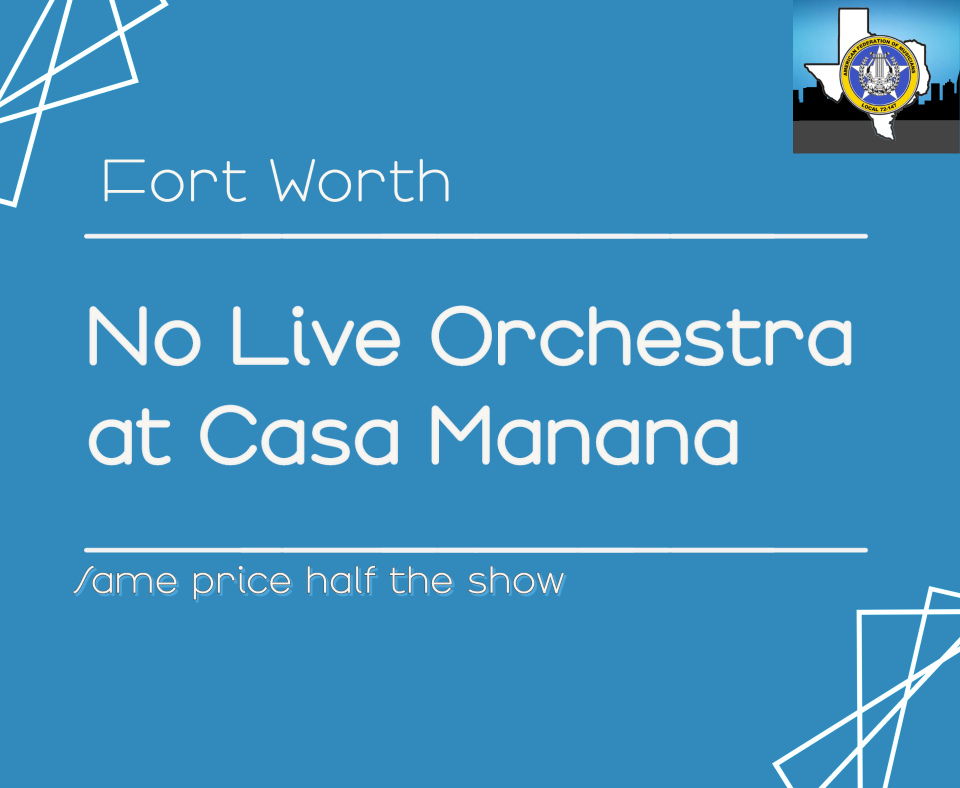 Casa Mañana in Fort Worth is staging its production of Matilda, The Musical this week to an accompaniment of recorded tracks – no live musicians in the orchestra pit. This represents a reduction in quality normally expected by its audiences, as productions in its Broadway Series are historically performed with its live musicians in the orchestra pit, not just synced with recordings.

While audiences suffer the loss of live performances expected in professional Broadway theater, musicians have lost much needed employment, even though their union contract has long promised that there be a live orchestra — clearly in support of the company’s artistic tradition and historical standards.

As a result of this decision in the face of its contractual obligations to its musicians, the Dallas Fort Worth Professional Musicians Association has filed an Unfair Labor Practice complaint with the National Labor Relations Board earlier this week. An investigation is pending.

Because of the COVID-19 Pandemic, musicians have suffered unprecedented hardship as venues have been shuttered. Now that Casa Mañana is again selling tickets at full price and putting on full scale musical theater, it has chosen to continue to needlessly leave its musicians without work, and its audiences without live music.

“It is such a shame that Casa Mañana has chosen this path. After so long that audiences have been kept away from live musical theater due to the COVID-19 Pandemic, this was Casa Mañana’s opportunity to begin anew by honoring its contract with its musicians and its artistic obligations to its audiences,” said Union President Stewart Williams.

Performances of Matilda begin tonight, and runs through February 13.